You may have heard of mimetic theory, It’s attributed to Rene Girard. It’s quite fascinating. Mimetic theory basically says we all copy each other. This goes back hundreds of thousands of years. Even simpler, we want what we want because others have it. If you’ve witnessed toddlers with toys, this theory makes sense intuitively. We want what others have; when things are in limited supply, we fight to obtain those things. A zero sum game that is played out throughout our history.
The other side of the coin is Girard’s concept of the scapegoat. When mimetic theory runs amuck, we find a scapegoat to place the blame for our problems.
If you’re familiar with John D. Rockefeller, it might surprise you to find out he became the monopoly scapegoat. Standard Oil worked as a Trust. Back then it was more difficult to do business across state lines, so Trusts were often used to get around the bureaucracy. The trustbusters came forward and the muckraking journalists made a point to scapegoat John D. Rockefeller.
While Standard Oil was run by Rockefeller, Flagler and Rogers, Ida Tarbell, the leading muckraker of the Progressive era noted the three were responsible for Standard Oils decisions, but the public would lose interest if the responsibility were spread out among three separate personalities. She decided Rockefeller should be the scapegoat. 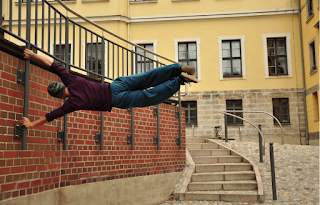