I recently wrote a book, 26 Lessons From Legendary Self-Made Billionaires. I’m sharing a few of the lessons here.
Lesson 1: Screw it, just do it!
Let’s kickoff with nearly everyone’s favorite self-made billionaire: Sir Richard Branson. The British billionaire is the founder of the Virgin Group, which controls more than 400 companies.
Sir Richard knows a thing or two about starting a business. He’s also had a couple that didn’t fare so well, like Virgin Cola, Virgin Cars, etc.
This self-made genius even owns an island in the Caribbean; Necker Island. He purchased Necker Island in 1978 for the grand sum of $180,000.00. It was here a few years ago that Sir Richard met Jack Dorsey. Jack told him about Twitter and Sir Richard ended up investing in the company.
According to Sir Richard, it’s important to ask how your idea will make people’s lives better. He says you should also surround yourself with great people, make sure you have a lot of fun in the process, and make some time for yourself.
Application:
This is my favorite lesson out of the entire 26. If you don’t execute, you can have all the ideas in the world, but you’ll never reach your full potential. As an aspiring creator or entrepreneur, put your stuff out there. Get the feedback. Adjust as necessary. It’s never been easier in history to, and I know you probably hate this phrase as much as I do, “fail forward.”
There has never been a better time, for creatives especially, to launch and scale. Naval Ravikant has famously referred to this as “permissionless leverage.” Whether you code, write, podcast, or use some other form of media, scaling has never been easier. This very book is an exercise in permissionless leverage. Write once and reach millions of people. Through social, you can take advantage of network effects. Don’t wait for perfect. It’ll never come. Code, write, broadcast, or start that company. Heed the advice of Sir Richard and “Screw it. Just do it!” 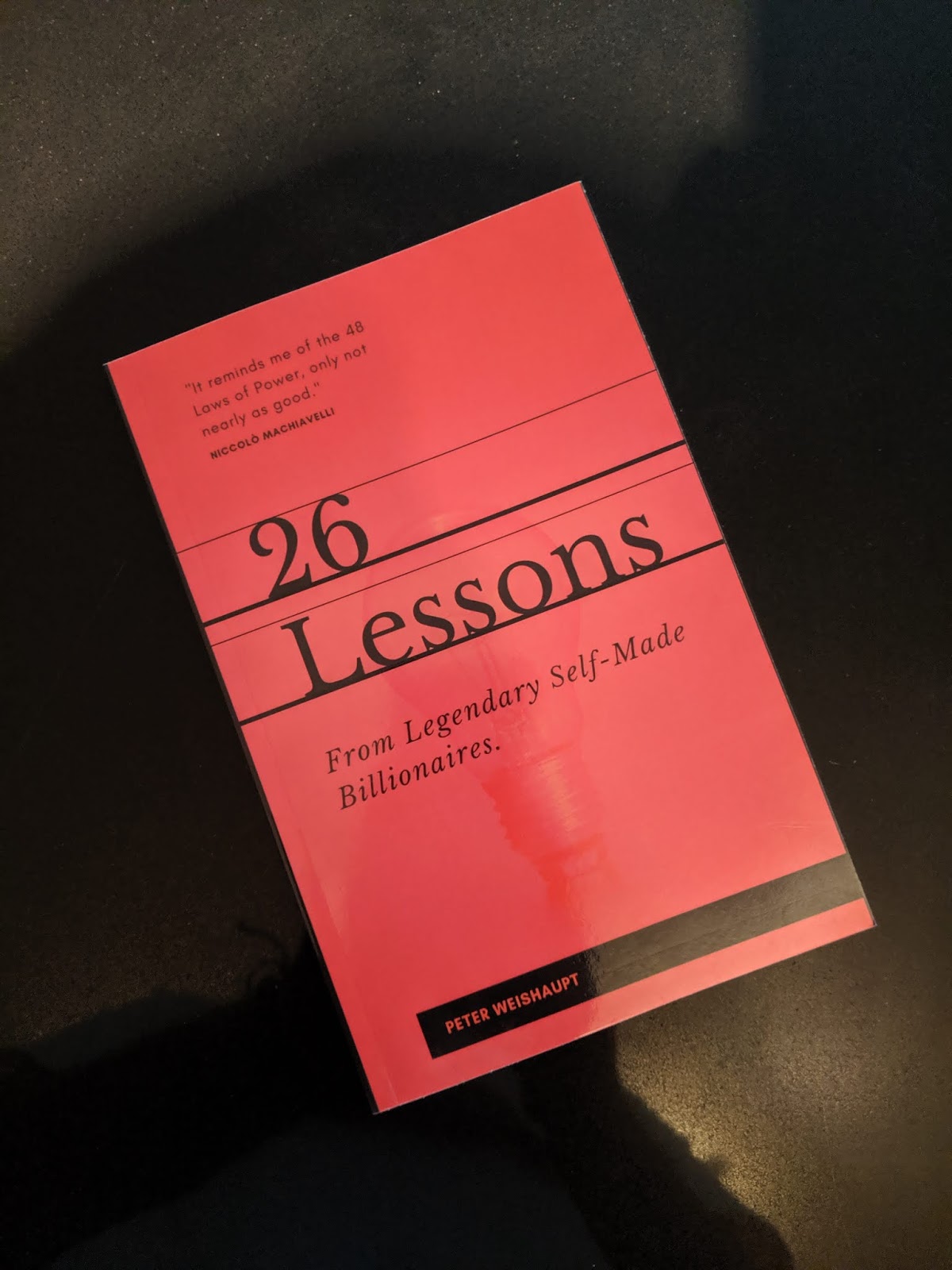