How Hard Can it be to Write a Book?

I saw a post by James Altucher on LinkedIn titled “HOW TO WRITE 12 BOOKS THIS YEAR” and decided to take up the challenge.
Sort of.
At first, I didn’t pay much attention to it. The idea had been swirling around in the back of my consciousness. After all, I’d listened to James’ podcast with Steve Scott a few years ago and went on to write two Kindle eBooks that sort of bombed.
Then I came across a Jeremy Clarkson book on my desk. Yes, the Jeremy Clarkson of Top Gear and Grand Tour fame. I have several of his books. This one happened to be titled “How Hard Can it Be?”
It was a light bulb moment. I realized all of his paperbacks were a collection of his Sunday Times articles.
Looking at my Medium dashboard, I realized I had about 190 blog posts. All on Business, Entrepreneurship, Investing, and Technology stuff.
The light bulb got brighter and my mind went back to James’ idea of the 101 listicle. I chose 101 of my blog posts and combined them into a book. It turned out to be a 201 page paperback.
How hard can it be?
Turns out it can be pretty hard. Well, not really that hard, but harder than I thought. I accidentally spelled Entrepreneurship wrong on my cover. It was a nightmare. I felt like an idiot.
That’s when Scott Adams came to my rescue on Twitter with some encouragement.
You can find my book here: The Golden Age: 101 Thoughts on Business, Entrepreneurship, Investing & Technology 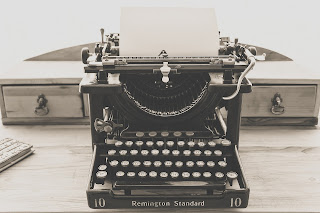